House-hunting Canadians saw their buying power increase this week as the benchmark five-year mortgage rate reported by the Bank of Canada fell for the third time this year, easing a key stress test faced by borrowers. 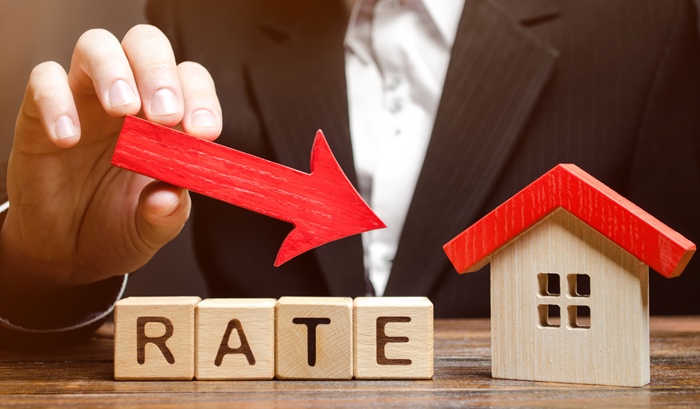 The central bank said the rate fell to 4.79 per cent, after decreasing to 4.94 per cent in May and to 5.04 per cent in March.
James Laird, the co-founder of Ratehub.ca and president of CanWise, said Thursday the lower rates will be a win for some.

"If you just barely couldn't qualify (for a mortgage), you might now qualify for what you were looking for," he said.
"It is a move that will allow you to qualify just a little more than you could before.
Mortgage rates have been falling in recent weeks.

While most borrowers do not pay anything close to the benchmark posted rate for a mortgage, the rate is used when assessing borrowers as part of a financial stress test.
The check is meant to ensure homebuyers will be able to make their mortgage payments in the future if rates increase from the where they are today. The drop in the benchmark rate makes the test is easier.

According to Ratehub.ca's mortgage affordability calculator, a family with an annual income of $100,000, a 10 per cent down payment and five-year fixed mortgage rate would have qualified for a home valued at $523,410 under the 4.94 per cent qualifying rate. Under the new rate, they can now afford $531,230.

Laird said the rate drop was hardly a surprise because when underlying rates have been dropping, eventually posted rates catch up.

Though the decrease will help many, he categorized it as "not a major change."

"Anyone was qualifying for a mortgage no problem, they are unaffected," he said.

"Anyone who was not close to qualifying, they are also not affected."