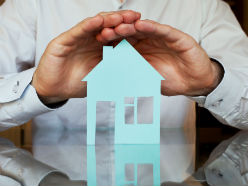 corporation in a release. But they may have difficulty qualifying for a mortgage because their incomes may vary or be less predictable.

“These policy changes respond to that reality by making it easier for self-employed borrowers to obtain CMHC mortgage loan insurance and benefit from competitive interest rates,” says Romy Bowers, chief commercial officer at CMHC, in a release.

One change will give examples of factors that can be used to support a lender’s decision to lend to someone self-employed who has been operating their business for less than 24 months or has been in the same line of work for less than 24 months, says the release. Those factors include purchasing an established business, sufficient cash reserves, predictable earnings and previous training and education.

The other change will provide a wider range of documentation options to meet income and employment requirements, CMHC says. The options can include the Notice of Assessment accompanied by the T1 General, the CRA Proof of Income Statement and the Statement of Business or Professional Activities “to support an ‘add back’ approach for grossing up income for sole proprietorship and partnerships,” says the release.

The changes, which apply to both transactional and portfolio insurance, will come into effect on Oct. 1.