One former banker claims high pressure sales tactics are prevalent at the majority of the big banks, following allegations of controversial sales practices by TD Bank.

A number of TD Bank tellers have claimed increasing pressure from the big bank to upsell financial products clients may not need, amid shrinking margins. 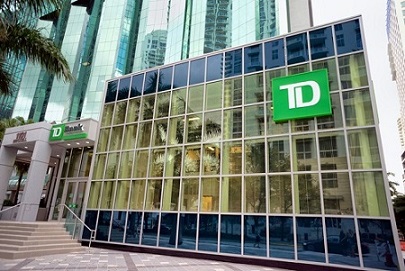 "I'm in survival mode now," one teller who has worked at TD for more than 15 years, told CBC in its initial report. "Because it's a choice between keeping my job and feeding my family … or doing what's right for the customer."

Three tellers claimed working in a high pressure sales environment that depends on their upselling banking products that could put customers in debt.

One former banker, who has worked at a number of institutions, claims the high pressure sales environment is common among all banks.

“That practice is prevalent everywhere. It depends on the region; if the region is not reaching its objectives … it will put pressure on everybody,” Walid Hammami, a broker with Dominion Lending Centres, told MortgageBrokerNews.ca. “There is pressure to sell at least three products to each client. Three is the sweet spot, the minimum to keep a client for a longer term. The bank account, RRSP, line of credit. There is a lot of emphasis on credit cards. You are evaluated on the number of products you sell to clients.”

Following the release of CBC’s report, Ontario’s ombudsman has said it is aware of the allegations against TD and will be keeping a close eye on the big bank.

“We’ll certainly be monitoring our complaint volumes and monitoring the situation,” Sarah Bradley, the head of the Ombudsman for Banking Services and Investments, told the Canadian Press.

“Financial institutions have 90 days to deal with it, but if they’re still unsatisfied then that’s where OBSI comes in,” Bradley said. “We’re here to help them resolve those disputes.”