Toronto-Dominion Bank is raising rates on mortgages with amortization lengths above the traditional 25 years, a move industry analysts suggest comes in response to tougher government regulations.

Toronto-Dominion Bank is raising rates on mortgages with amortization lengths above the traditional 25 years, a move industry analysts suggest comes in response to tougher government regulations.

The bank moved late Tuesday to increase costs on fixed rate mortgages by 10 basis points for those loans that have an amortization of greater than 25 years. All new mortgages on rental properties also saw a 25 basis point increase in their rates, both moves effective Thursday. 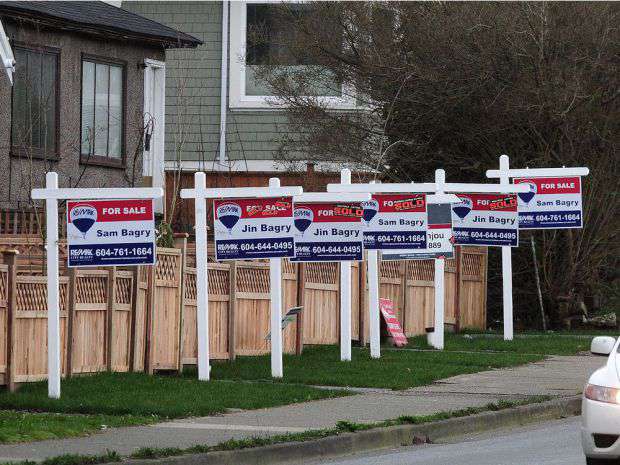 “We regularly review our rates and adjust them based on a number of factors, including the cost that TD pays to fund mortgages, and the competitive landscape. Increasing our rates is not a decision we take lightly. We consider the impact on our customers before proceeding with any rate change,” said Cheryl Ficker, a TD spokesperson, in an emailed statement.

Vince Gaetano, a principal for monstermortgage.ca, said across the financial spectrum consumers are paying more if they opt for amortization lengths above 25 years. “We’re seeing anytime amortizations are stretched to 30 years lenders are looking for a premium,” said Gaetano, noting this only affects Canadians with conventional loans that have a down payment larger than 20 per cent.

Consumers with less than 20 per cent down on a mortgage must pay for mortgage default insurance from Canada Mortgage and Housing Corp. or one of two private mortgage insurers. Those companies in turn are backed by the federal government, 100 per cent in the case of CMHC and 90 per cent for the two private institutions.

However, financial institutions with low-ratio mortgages with down payments larger than 20 per cent have increasingly decided to buy mortgage default insurance on their own because the mortgages are easier to securitize with the government backing. In October, Ottawa moved to ban the practice by saying only loans with a 25-year amortization would be eligible for securitization, regardless of the size of the down payment.

“Banks are looking for higher yield because they can’t offload this debt as a securitized vehicle,” said Gaetano, adding the 10 basis points adds up to about $18 extra a month in payments per $100,000 of mortgage.

“What we are seeing is a lot of these banks are going to have to price risk. They are having to be lenders again. They weren’t lending their money before, just processing it and getting their money through securitization,” said Gaetano.

Chris Catliff, chief executive at BlueShore Financial, a British Columbia credit union, said the rising rates can also be attributed to the “Trump bump” which refers to rising long-term bond yields which are responding to fear U.S. president-elect Donald Trump will create an inflationary economy south of the border.

“What I would say is if you are a young family and really stretching to get in, I would go for the five-year (fixed) rate because you have insurance if rates jump up,” said Catliff. “As a banker, I prefer longer amortization but recommending to young families I think a shorter amortization is better because you’re paying less money in interest to the financial institution.”